Take your competitive advantage to the next level and exert true console dominance with the Razer Kaira for Xbox—an Xbox Series X|S wireless headset that offers superior audio immersion with our most powerful drivers ever, and crystal-clear voice comms with the best headset mic we’ve ever designed. 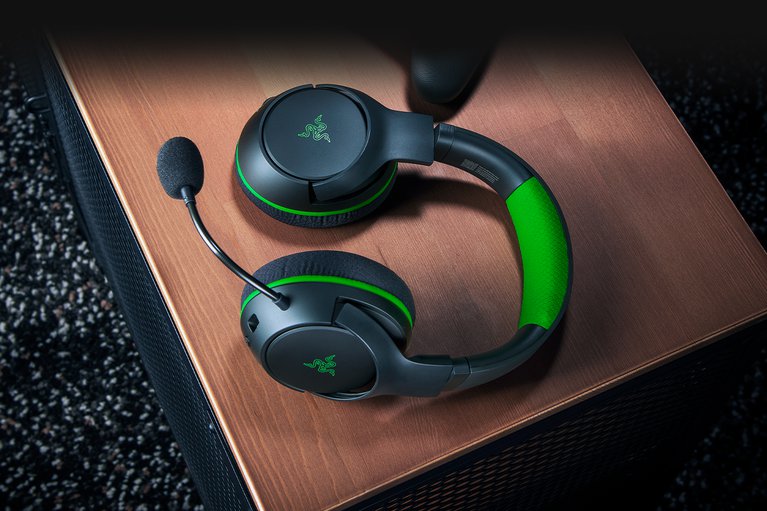 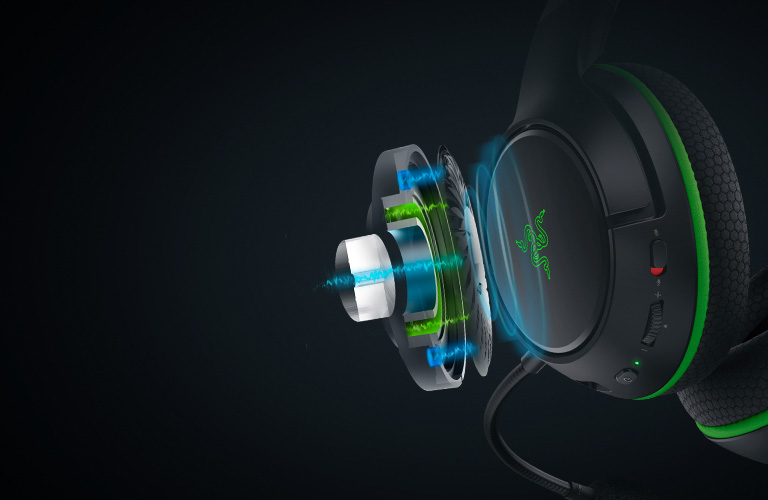 The bendable mic has improved housing and pickup for amazing voice capture that suppresses noise from the back and sides – supported by mic monitoring and game/chat balance to ensure optimal levels. 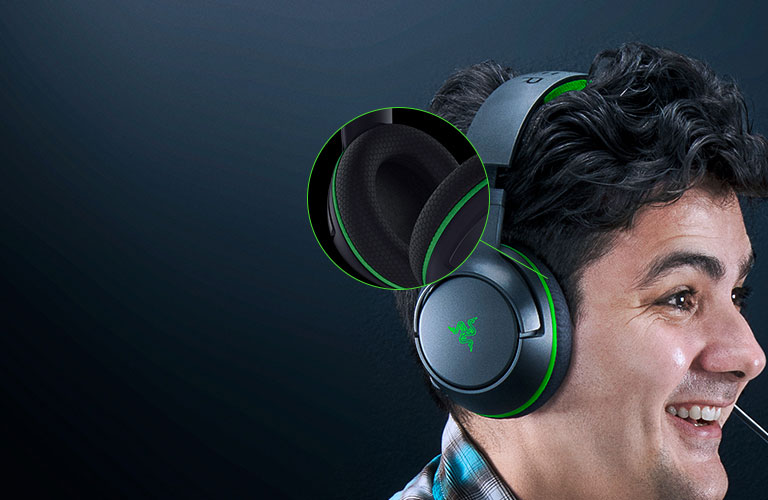 Located on the right earcup, hold down the button to pair your headset easily, and press it twice to cycle through 4 EQ settings—such as FPS Mode that enhances in-game audio like enemy footsteps, and Bass Mode to amplify low frequency sounds.

Do away with complicated setups and wireless dongles. This Xbox Series X|S wireless headset provides a direct, low-latency connection to the console, with a great signal range that supports seamless couch gaming.

Experience lifelike surround sound that allows the headset to place audio with pinpoint accuracy, heightening your in-game awareness for a competitive edge and truly immersive experience.

Supported by the Razer™ Headset Setup for Xbox app, get it sounding exactly the way you want with access to deeper audio customization options such as personal EQ presets, mic monitoring, and more.