Race and battle your friends in the definitive version of Mario Kart 8.

Hit the road with the definitive version of Mario Kart 8 and play anytime, anywhere! Race your friends or battle them in a revised battle mode on new and returning battle courses. Play locally in up to 4-player multiplayer in 1080p while playing in TV Mode. Every track from the Wii U version, including DLC, makes a glorious return. Plus, the Inklings appear as all-new guest characters, along with returning favorites, such as King Boo, Dry Bones, and Bowser Jr.!

The Mario Kart 8 Deluxe game has 42 characters to choose from—the biggest roster in the series!

Race for the cup on 48 courses, including ones inspired by Excite Bike™ and the Legend of Zelda™ series. 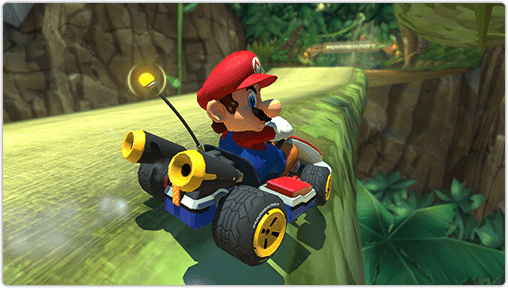 Do you have the need for speed? Try to beat your best time in the insanely fast 200cc mode. 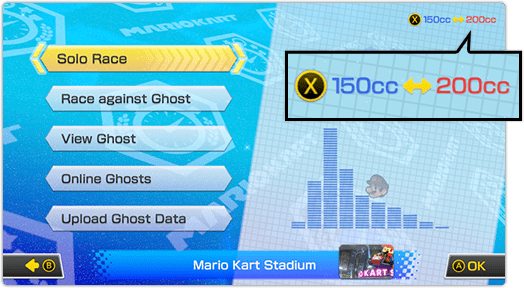 Kick the party into high gear with up to eight players in local wireless multiplayer. 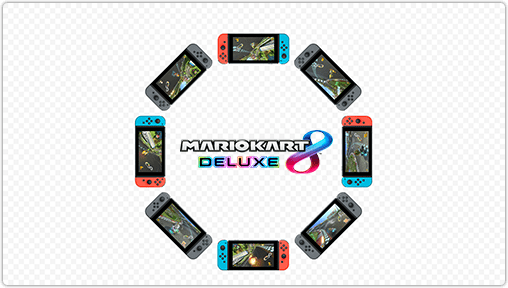 Up to 12 players can race online!

With a paid Nintendo Switch Online membership, you can play the Grand Prix, VS Race, and Battle modes online—and you can match with up to 12 friends.

Plus, you can access voice chat with friends and cloud backup for your save data. 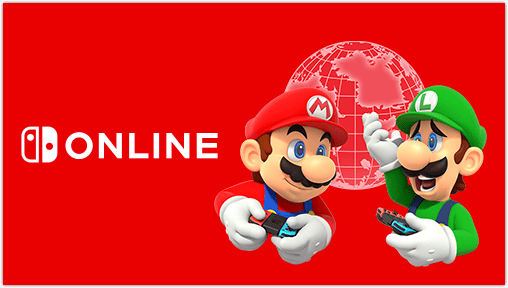 Pack a punch with power-ups!

Get the edge on the competition with 23 powerful items. You can even hold two items at a time!

With five types of battles, there are more ways than ever to wreck the competition.